Alive with legends and history the Hill of Slane in County Meath Ireland, approximately 1 mile to the north of Slane Village, stands 521 feet (158 meters) and offers incredible views of the surrounding countryside.  In Christian beliefs the Hill of Slane is one of their top landmarks in Ireland and the hill is said to be where Saint Patrick lit the first paschal fire in defiance of the Druids and pagan High King.  For many centuries after Saint Patrick the Hill of Slane remained a focal area for religion and the hill is still a popular place of pilgrimage today. 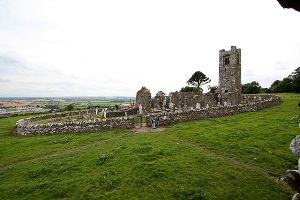 The Hill of Tara, just over 500 ft high, is a well known attraction in Ireland and one of the largest areas of ancient monuments in the country. The hill also offers spectacular views of its near and distant surrounds including the Hill of Slane and the Mourne Mountains.  Located approximate 7.5 miles (12km) south of Navan, The Hill of Tara in County Meath was, according to legend, the seat of the High Kings of Ireland.  In historic times it is said that 142 kings ruled in the name of Tara, with the coronation stone (known as the Stone of Destiny) resting on the Hill for centuries.  The Hill of Tara is now government owned and entry is Free to this Meath Ireland attraction.

Brú na Bóinne Visitor Centre at Newgrange   is the first stop for visitors wishing to take a tour of the megalthic passage tombs of Newgrange and Knowth as tickets are required to gain entry. The centre itself is on the south bank of the River Boyne and contains a multitude of information, displays and viewing areas.

Newgrange – Newgrange, built over 5,000 years ago, is an extraordinary mound covering over one acre of land.   The incredible structure was built approximately 500 years before the Pyramid of Giza and 1000 years before Stonehenge.  Along with Knowth and Dowth, the significance of the Newgrange mound has been recognised and the site has been deemed a World Heritage Site and is regularly listed as a top  landmark and attraction in Ireland.  Newgrange is famous for the happenings in the passage and chamber during the winter solstice when sunlight can penetrate the chamber around the 21st December the shortest day of year and this event attracts numerous visitors every year.   The mound at  Newgrange can only be accessed by guided tour from the Brú na Bóinne Visitor Centre in County Meath Ireland.

Knowth – The Great Mound of Knowth was constructed over 5,000 years ago (it is thought it was likely to have been built before Dowth but after Newgrange).  The passage tombs of Knowth are considered to be on the same scale as the nearby Newgrange and Knowth has numerous displays of megalithic art and over 200 carved stones were found during the excavation of the site.  Access to Knowth is by guided tour only and a tour of Knowth along with a tour of Newgrange can be enjoyed as part of the experience offered by Brú na Bóinne Visitor Centre County Meath Ireland. While there is no access to the grave chambers at Knowth visitors can see into the eastern passage.

Dowth – Built over 5,000 years ago Dowth is known as the Fairy Mound of Darkness.  The mound, which is the same size as Newgrange and Knowth, is estimated to have been constructed after both Newgrange and Knowth .  Dowth unfortunately sustained some damage during an excavation in the mid 19th century and the tombs are not as awe inspiring as Newgrange and Knowth due to lower roofs and shorter passages.  Dowth is the only of the 3 tombs that is not on the official tour from the Brú na Bóinne Visitor Centre. It can be found on the north bank of the River Boyne and visitors wanting to view Dowth can drive directly to the site, there is no public access to the 2 passages at Dowth but visitors will appreciate the significance and scale of the mound nonetheless. 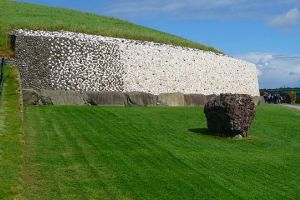 The remarkable Trim Castle, located in Trim town on the banks of the River Boyne, is the largest Norman Castle in Ireland and one of the largest in Europe.  In 1995 the castle was used as a location and backdrop on the well known Mel Gibson film Braveheart.  Built over a three decade period by Hugh de Lacy and his son Walter during the 12th century Trim Castle in County Meath Ireland can be viewed by the public on guided tours. 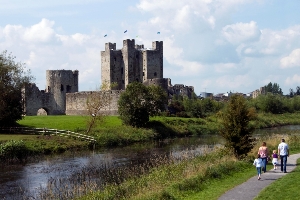 Navan, a market town in County Meath Ireland, is situated on the banks of the River Boyne and the town is among the largest towns in Ireland. It is also considered  the county town of County Meath with much to offer visitors including excellent shopping, a local golf course, fishing, horse-riding and a variety of restaurants and pubs along with pretty riverside walks for visitors to enjoy.

Trim town located on the River Boyne is one of Irelands Heritage Towns.  The town has a visitor centre that offers an interesting multimedia exhibition telling the story of the history of Trim in County Meath Ireland.  The visitor centre is also the first stop for visitors wishing to follow the towns heritage trail that takes in the dramatic Trim Castle along with several other historic sites around the town. 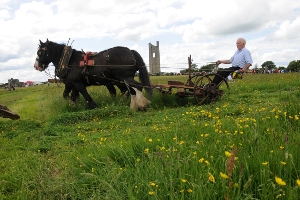